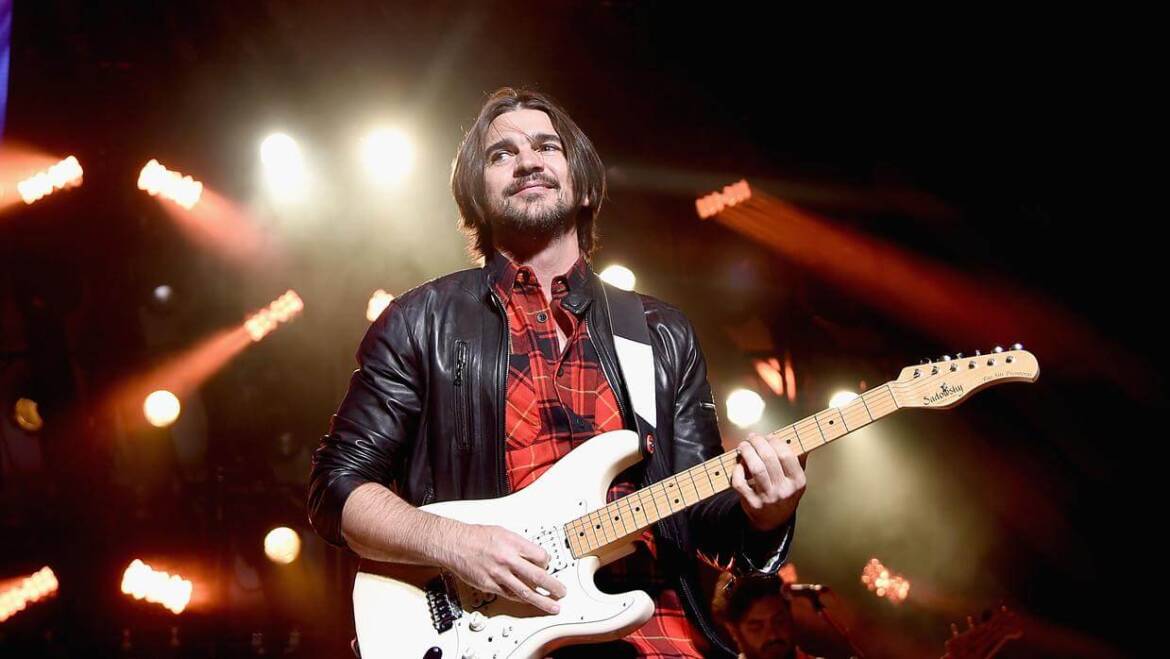 Juan Esteban Aristizábal Vásquez (born August 9, 1972), known professionally as Juanes, is a Colombian musician and singer-songwriter who was a member of the rock band Ekhymosis and is now a solo artist. In 2000, his solo debut album Fíjate Bien won three Latin Grammy Awards. According to his record label, Juanes has sold more than 15 million albums worldwide.

Raised in Colombia, Juanes began playing piano at age two. When Juanes was 17, he started his first band, Ekhymosis, in 1988, which went on to release Eight albums, achieving recognition in his native country of Colombia. The track “Dos” from the album Niño Gigante in 1992 was very popular. In 1997 after the band broke up, Juanes continued solo and in 2000 he released the album, Fíjate Bien, which earned him three Latin Grammys. His follow-up album, Un Día Normal, was released in 2002 and was later certified platinum in Guatemala and Uruguay throughout Latin America. Juanes’ third album, Mi Sangre (2004), which became an international bestseller, managing to position well in a number of countries around the world, achieved success due to the single “La Camisa Negra”. He has since released La Vida… Es Un Ratico (2007) and P.A.R.C.E. (2010), Loco de Amor (2015), Mis planes son amarte (2017), and Más Futuro Que Pasado (2019).

According to his label, Universal Music, Juanes has won, among others, twenty Latin Grammy Awards (5 wins in the Grammy Awards on November 13, 2008) and two Grammy Awards. Juanes received the BMI President’s Award at the 2010 BMI Latin Awards. Presented By James Edward Taylor Juanes is also known for his humanitarian work, especially with aid for Colombian victims of anti-personnel mines through his NGO Fundacion Mi Sangre. On April 2013, Juanes released an autobiography titled Chasing The Sun in which he tells his story through narratives and pictures.

Juanes is outspoken in both his music and the media about violence and inequality in Colombia. Addressing the topic of victims of the Colombian civil war, Juanes stated: “these are your people, young people, people with families, and four or five of them are dying every day.” Juanes established the Mi Sangre Foundation to help victims of anti-personnel mines. In 2005, he was named by Time as one of the world’s 100 most influential people. On November 15, 2005, he was honored at the annual benefit gala for Sir Paul McCartney’s Adopt-A-Minefield for his work as a Goodwill Ambassador for United for Colombia, a non-profit organization that raises awareness about the impact of land mines within Colombia.

Listen to music in Spanish. This will make you progress faster!