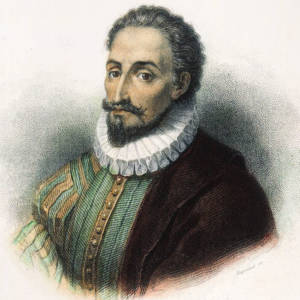 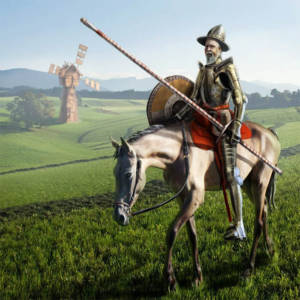 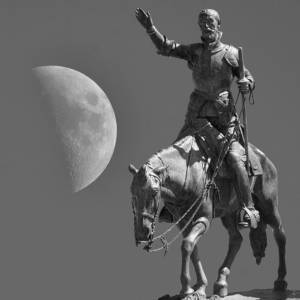 Miguel de Cervantes Saavedra was a Spanish writer who is widely regarded as the greatest writer in the Spanish language and one of the world’s pre-eminent novelists. His novel Don Quijote has been translated into over 140 languages and dialects; it is, after the Bible, the most-translated book in the world.
Don Quijote, a classic of Western literature, is sometimes considered both the first modern novel and the best work of fiction ever written. Cervantes’ influence on the Spanish language has been so great that the language is often called la lengua de Cervantes (“the language of Cervantes”). He has also been dubbed El príncipe de los ingenios (“The Prince of Wits”).

In 1569, in forced exile from Castile, Cervantes moved to Rome, where he worked as chamber assistant of a cardinal. Then he enlisted as a soldier in a Spanish Navy infantry regiment and continued his military life until 1575, when he was captured by barbarian pirates. After five years of captivity, he was released on payment of a ransom by his parents and the Trinitarians, a Catholic religious order, and he returned to his family in Madrid.
In 1585, Cervantes published La Galatea, a pastoral novel. He worked as a purchasing agent for the Spanish Armada and later as a tax collector for the government. In 1597, discrepancies in his accounts for three years previous landed him in the Crown Jail of Seville.

In 1605, Cervantes was in Valladolid when the immediate success of the first part of his Don Quijote, published in Madrid, signalled his return to the literary world. In 1607, he settled in Madrid, where he lived and worked until his death. During the last nine years of his life, Cervantes solidified his reputation as a writer, publishing Novelas ejemplares (Exemplary Novels) in 1613, Viaje del Parnaso (Journey to Parnassus) in 1614, and Ocho comedias y ocho entremeses and the second part of Don Quijote in 1615. His last work, Los trabajos de Persiles y Sigismunda (The Travails of Persiles and Sigismunda), was published posthumously in 1617.

Cervantes’ novel Don Quijote has had a tremendous influence on the development of prose fiction. It has been translated into all major languages and has appeared in 700 editions. The first translation was in English, made by Thomas Shelton in 1608 (Part I only), but not published until 1612. Shelton renders some Spanish idioms into English so literally that they sound nonsensical when translated. As an example Shelton always translates the word dedos as fingers, not realizing that dedos can also mean inches. (In the original Spanish, for instance, a phrase such as una altura de quince dedos, which makes perfect sense in Spanish, would mean “fifteen inches high” in English, but a translator who renders it too literally would translate it as “fifteen fingers high”. Reading a book in Spanish will help you feel the incredible atmosphere of the narration, truly enjoy the art of the author who reveals the sanctuary of human soul with words, and experience the unique flair of a different culture. Learn Spanish and enjoy your favorite books!